We all do some great things in life and some not so great things. That is how it was with Pope John Paul II. Yes, he took a stand on communism and was an effective leader on many levels. However, the fact that he neglected, during his three-decade reign, to seriously address the rampant crimes of pedophilia within the priesthood is too great a crime to celebrate John Paul II as a saint.

John Paul II had an opportunity to denounce, defrock and demote, priests and bishops for sexual crimes against children and chose to do nothing. Under his reign, he ignored repeated reports about child sex crimes and misdeeds by the Legion of Christ founder, Marcel Maciel, needlessly leaving children at risk. Maciel is now known as the world’s most notorious predator priest. Pope John Paul also allowed Boston’s disgraced Cardinal Bernard Law to resign instead of being punished. John Paul later rewarded Law by appointing him as archpriest of the Basilica di Santa Maria Maggiore in Rome in 2004.

History does repeat itself as Pope Francis rewarded and canonized Pope John Paul II on Sunday, May 1, 2014. The Survivor’s Network of Those Abused by Priests (SNAP) writes: “Our hearts ache for each of you who were abused during and after John Paul II’s long tenure as Pope. We know these days are difficult, even painful, for many worse as the Catholic hierarchy praises wrongdoers instead of punishing them.”

I call upon Pope Francis to think, really think about what he is doing and not doing to respectfully and promptly address this most shameful era of scandal in the Catholic church – the past and present crimes of sexual abuse and exploitation of children. Honoring and rewarding a Pope such as John Paul II who significantly failed to protect children and rid the priesthood of criminal sexual predators is an insult to past and present victims and survivors, and another failing grade for Pope Francis.

Is Pope Francis just another Pope John Paul II, also looking away from this very dark chapter in the history of the Catholic church?

Sometimes it feels that way, as he showed very little interest in the findings of the Geneva Conference on the Rights of the Child, allowed the former papal nuncio of the Dominican Republic to escape accusations of pedophilia by fleeing to the Vatican and by ignoring the failing record of Kansas City, Bishop Flynn in dealing with priest abuse. The list goes on.

It’s time for Pope Francis to look the beast in the eye. And he must not allow the Church to look away again. He must take action now. No more praise for undeserving priests and Bishops – only just consequences from here on. Praise instead the whistle blowers and the priests who are trying stop any more priests from harming innocent children.

Former nun Mary Dispenza is an advocate for those abused by priests. Her memoir, SPLIT: a child, a priest and the Catholic Church, chronicles her own abuse, her years as a nun and her search for healing from trauma and shame.

Reach Out to Mary

Get Your Copy of SPLIT 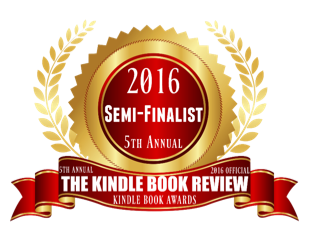 Keep up with Mary